Herland Report: Tragic effects of the mRNA “Vaccines”: A scientific study recently released by British researchers found that for men under forty the risk of myocarditis almost doubled after the first Pfizer jab.

Why then are there vaccine mandates? Is this stupidity or a depopulation program? This is a legitimate question.

The adverse effects, or side-effects, of the mRNA “vaccines” that are under-reported to VAERS are not side effects in the traditional sense, such as an allergic response to a vaccine or the effect of a substance in a vaccine on a person sensitive to that substance.

Tragic effects of the mRNA “Vaccines”: What are being called adverse effects are consequences of the “vaccine” turning the human immune system into a weapon against its own body, as described by Dr. Sucharit Bahkdi and others:

What is said to be an immunogen is in fact a pathogen engineered to be distributed throughout the body and to attack heart, lungs, brain, ovaries, and all vital organs. Disabilities and deaths result.

There are valid reasons to suspect that both the virus and the vaccine are engineered pathogens. One is that both were under development for a long time.

Tragic effects of the mRNA “Vaccines”: Another reason is that in order to generate a high level of fear to prepare people to line up for the “protection” of the vaccine, treatment was withheld in order to maximize the death rate, and known cures such as HCQ and Ivermectin were demonized and banned from use. And now the evil Biden regime has seized control of a third treatment–monoclonal antibodies–and is withholding them from patients.

The reason for withholding cures is to drive up the vaccination rate.

Another reason the “pandemic” is suspect is that all independent discussion and evidence is suppressed by the corrupt media and medical establishment.

The narrative is controlled, and vaccination is presented as the only alternative even though it is now admitted that the vaccine is ineffective against Covid-19 and its variants.

The current rationale for the vaccine was expressed the other day by the incompetent Secretary of Defense who, triple-vaxxed, still caught Covid and explained that the jabs protected him against having a more serious case. So we have a vaccine that doesn’t work against mild cases of the virus but does work against serious cases! Just how does that work?

The medical and scientific evidence is completely clear that the entire Covid narrative is counterfactual and that the authorities know it. Yet they still push, using coercion, for more vaccination.

Vaccination does not protect. It harms. So the only reason to enforce it is to kill people.

The inability of people to distrust “authorities” and the inability of people to inform themselves and to think for themselves guarantees that millions will die from being vaccinated. When you see thousands of independent doctors and medical scientists damning the vaccine only to be ignored by bureaucratic “public health” organizations, you have clear evidence that real authority is not speaking. It is being suppressed.

Anytime debate and information is suppressed, you know that something is being hidden and that a secret agenda is operating.

An expert pointed out to me that clearly medical authorities do not mind if the vaccine is killing people, and the deaths are consistent with the Bill Gates/World Economic Forum intent to reduce the world population.

However, an intermediate goal is to transition to the vaccine passport as in Germany, Austria, Italy, Greece, and with France, Belgium and the Netherlands about to join in the requirement of a digital ID that allows tracking of everyone and every interaction and, thereby, control of the population with rewards and punishments like the Chinese Social Credit System.

Tragic effects of the mRNA “Vaccines”: This allows the controlled populations to be scapegoated for the mayhem caused by depopulation.

This is a reasonable explanation for the emphasis on Covid passports.  As it is known and admitted that the vaccine is inefficient as a protection against the virus, and as the virus is dangerous mainly to untreated patients with comorbidities, the passport is pointless for any purpose other than control.

The passport provides no protection whatsoever against the spread of the virus and the immune system’s attack on the body’s vital organs.

The orchestrated “Covid pandemic” is a massive crime against humanity. Are we going to allow them to get away with it? Or will there be too few of us left to do anything about it?

The post Tragic effects of the mRNA “Vaccines”: Risk of myocarditis doubles the more Pfizer jabs one takes appeared first on The Herland Report. 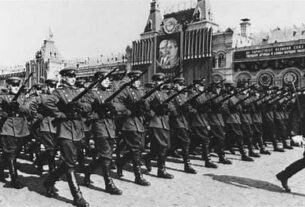 Did the United States Win the Cold War, or who will? 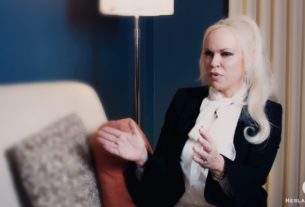 The search for meaning beyond Materialism – WND 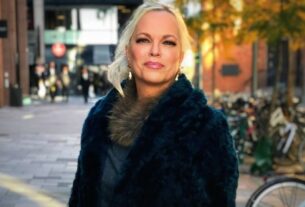 Was the Covid-19 disruption worth it? Useless lockdowns, useless PCR, the billionaires earned billions, the poor lost so much