Herland Report: Social Media does not Stop Muslim hate speech: Despite Facebook’s zeal at censoring so-called “hate speech” and “offensive content,” violent, radical, and murderous content from Muslim terror groups is allowed to appear on and make use of the social media giant’s platform. According to a recent report,

These groups have sprouted up across the platform over the last 18 months and vary in size from a few hundred to tens of thousands of members, the review found.

One pro-Taliban group created in spring this year and had grown to 107,000 members before it was deleted, the review, published by Politico, claims.

Overall, extremist content is “routinely getting through the net,” despite claims from Meta – the company that owns Facebook – that it’s cracking down on extremists.

There were reportedly “scores of groups” allowed to operate on Facebook that were supportive of either Islamic State or the Taliban, according to a new report.

Social Media does not Stop Muslim hate speech: This matter is significantly worse when one looks at Facebook in Arabic and other Muslim languages. In the last few years, I’ve seen countless Arabic-language content on Facebook and other social media giants that amounts to nothing less than terroristic incitement.

Usually, these posts remain on the social media platforms for years—until, of course, I or others draw attention to them in English-language articles, at which point they are conveniently removed.

In other words, as long as only Muslims see—and are radicalized by—these posts full of hatred and incitement for violence against non-Muslims, social media leave them up; once Western “infidels” get wind of these posts, which further stand to make Islam look bad, social media take them down.

Indeed, only recently I translated an immensely profane and hate-filled Arabic tirade from a New York-based Muslim man against two Christian men from Egypt—a rant that culminates with him loudly threatening decapitation to anyone who “hurts the reputation of Muhammad.”

This video, which currently has nearly 100,000 views, is, apparently because it’s only in Arabic, (currently) still up on YouTube.

Meanwhile, social media, especially Facebook, are notoriously quick to censor content that exposes the jihadists. This it calls “hate speech.”

Similarly, YouTube earlier censored my Prager U video on that exact topic; it also once temporarily banned me for uploading and sharing a video of Islamic State members destroying crosses and desecrating churches in Syria and Iraq—even though that video was not “graphic” (it depicted buildings and crosses, inanimate objects) and had for weeks been going viral on Arabic media.

Incidentally and rather ironically, while “competing Sunni and Shia militia reportedly trolled each other by posting pornographic images” on social media—and, according to the new report, got away with it—for some Los Angeles Wi-Fi networks, it’s my site, which is devoted to the Islamic question, that is banned as “pornography.”

Raymond Ibrahim is an author and Middle East and Islam specialist.  His books include Sword and Scimitar, Crucified Again: Exposing Islam’s New War on Christians, and The Al Qaeda Reader. Ibrahim’s writings have appeared in the New York Times, CNN, LA Times, Fox News, Financial Times, Jerusalem Post, New York Times, United Press International, USA Today, Washington Post, Washington Times and others. He has been translated into dozens of languages. Ibrahim is a Shillman Fellow at the David Horowitz Freedom Center, a Judith Rosen Friedman Fellow at the Middle East Forum, and a Distinguished Senior Fellow at the Gatestone Institute.

The post Social Media does not Stop Muslim hate speech and incitement for Murder appeared first on The Herland Report. 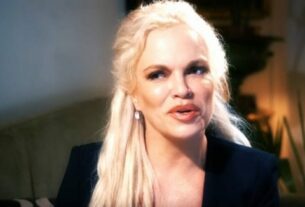 The Whoredom of Leftist Capitalism 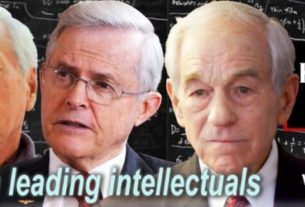 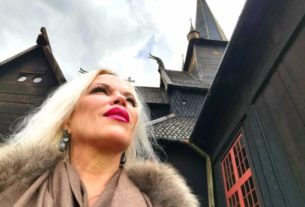 The Liberal hatred of Merry Christmas and Religious Traditions