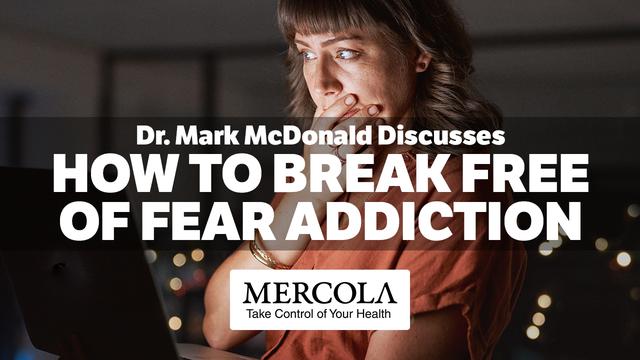 Dr. Mark McDonald is a psychiatrist in the Los Angeles, California, area. He’s written a book called “United States of Fear: How America Fell Victim to Mass Delusional Psychosis,” which is the topic of today’s discussion. Around April 2020, McDonald actually made the brave decision to “fire” patients who refused to accept his stand on certain realities and truths. • In his book “United States of Fear,” psychiatrist Mark McDonald diagnoses the U.S. as suffering from mass delusional psychosis, driven by an irrational fear of what is now a rather innocuous virus
• The fearful overreaction didn’t have its origin in what happened in 2020. Government, corporations and powerful individuals have engaged in a systematic “grooming” effort toward irrational fear addiction for decades
• Without fear, they cannot rob us of our freedoms
• The underlying motivation of this psychological campaign has been an attack on the core structures, foundations and institutions of society in order to nurture a sense of dependency on government
• To overcome their addiction to fear, a person must still have a sense of curiosity and be willing to look at new information. If they’re not, they’re not treatable and cannot be stopped from trading their (and our) freedom for a false sense of security. So, the key is finding those who are still open and receptive to new information, so that we can reach a tipping point where there are more fearless people than fear addicted ones Les artikkelen direkte fra kilden

The Quazi Approval of Comirnaty- Interview with Alix Mayer