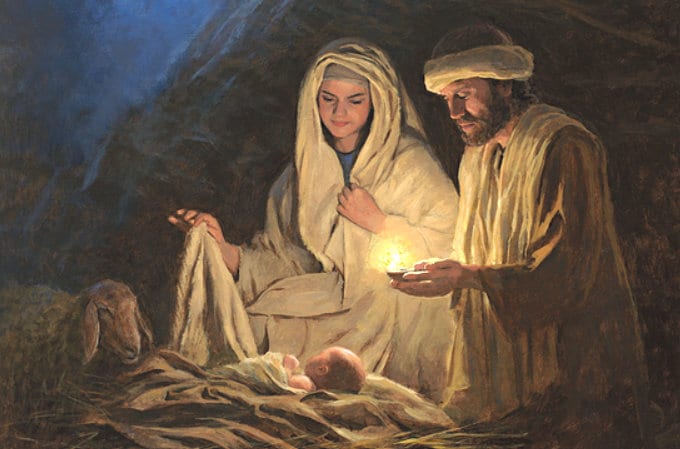 Herland Report: The Judeo-Christian contributions: Christmas and the baby born in Bethlehem who grew to become to world’s most famous person, is a great reminder of the values that Jesus, the son of Mary, brought into Western culture.

What are the historical Western values that stem from the Judeo-Christian heritage?

The term “Western values” is often used when describing historical ideals and cultural traditions that are perceived to be vital in defining the European civilization, writes historian of comparative religions and founder of The Herland Report, Hanne Nabintu Herland.

The term “Western values” is broadly generalizing, yet still useful to describe the joint heritage of ethical values, spiritual beliefs, customs, and practices as found in cultures connected historically to Europe and the West – as opposed to those found in the East, in Islamic countries, and so on.

The remarkable input of Christian values have characterized Western culture, with its focus on the ideal of the value of each individual human life, equality regardless of race, creed, status, gender and the focus on “love thy neighbor”. The emphasis on rationality and reason is also a trait central to Christian doctrine.

As these values now are under massive attack and demonized in the West, we watch countries such as the United States under decay, it is even more vital to remember the Judeo-Christian heritage.

The Judeo-Christian contributions: If you pay attention to the way the term is currently used, it is easy to assume that modern Western values were invented in the Enlightenment period – the 1600s – with its emphasis on secular civil rights.

Many take for granted that these ideals are of a secular, “neutral” origin and do not stem from historical religious ideals, but rather grew out of the growing critical approach to Christianity. This is a highly flawed assumption.

Many also believe that the philosophers in the 1600s who studied scientific rationalism and reason automatically were non-believers, while the opposite is the case.

The Judeo-Christian contributions: Others mistakenly believe that the modern view of humanity was invented by secularists and atheists, while these Western values clearly are derived from the Judeo-Christian religion. The quest for rational debate and arguments has indeed been a primary philosophical question, ever since the beginning of Christianity and the early Christian thinkers and up through the Middle Ages.

The 1776 American Revolution and the 1789 French Revolution only revived ideals concerning the rights of the common man – ideals that had previously existed and been developed during the Christian Middle Ages.

Most of the intellectuals in the so-called “Age of Enlightenment” – the philosophical trend in the 1600s that centered around reason as the source of authority – were devout Christians. They examined the great works of God scientifically in nature and were not hostile towards religion as modern-day historians have portrayed them to be.

In order to see how the cultural aspects of a religion can become embedded into the social fabric of a civilization, one need only look to Christianity and the influence it continues to exhibit even on the secular West, including on those who most disavow it.

Middle East expert and author Raymond Ibrahim points out that tolerance, human rights, a desire for peace, and being “kind to everyone,” all concepts championed by today’s liberals did not develop in a civilizational vacuum, but rather from the singular teachings of Jesus of Nazareth.

Over the course of some two thousand years, these have had a profound influence on Western epistemology, society, and culture, to the point that they are now simply taken for granted. Jesus, who was Jewish, continued much of the same teaching that is to be found in Judaism, its Ten Commandments, the Torah, and other important writings that have ended up greatly shaping Western civilization.

Let me take a few examples. Early Christian philosophers such as St Justin, who lived in the first century AD, strongly emphasized the rationality of creation, its reasonability, arguing that every human is a rational being and that God himself works precisely through rationality.

Each man carries within him a “seed” of the eternal, through which he may see parts of the eternal truths. This is why a Christian should be open to any rational argument, regardless of the speaker’s creed, race, or origin. Man is to be humble enough to perceive the light of God wherever it shows itself as a rational choice in the search for truth and the best possible life.

St Augustine, who lived in the fourth century AD, clearly states in Contra Academicos that reason is a founding principle within the Christian faith, as faith and reason should not be separated or placed in opposition.

He wrote that faith and reason are both forces that lead us to knowledge, both about the world, as well as about the reality behind perceivable matter.

Clement of Alexandria, who lived in the third century AD, also pointed out that to gain knowledge from contemporary worldviews and philosophies, such as the Greek, was an important dialogue to have, in order to attain higher knowledge.

Life is a journey through which we are to attain wisdom and a deep understanding of the world in which we live so that we end up bettering it.

So, for the development of science, monotheism was essential. Western science itself grew from the idea that the universe was rational and orderly constructed with natural laws, with a creative intelligence or a Creator behind it all. Melanie Phillips points in The World Turned Upside Down to the early Christian thinkers such as Anselm of Canterbury and Thomas Aquinas, who believed that since God created the world and gave man such a rational mind, the universe itself must be supremely rational.

It is remarkable to read the early thinkers, whose writings so greatly influenced European philosophy both during the Middle Ages and later, to see how focused they were on explaining how philosophy is God’s rational tool, explaining why man will benefit from choosing morality and a life in respecting others.

It is one of the founding principles of the Christian faith that rationality and its philosophy should be at the forefront defending the faith.

God has provided us with two books, the book of Nature and the Bible – to be truly educated, one needs to study both, as argued by the English philosopher and statesman, Francis Bacon.

Descartes searched for natural laws and felt that they had to exist because God is perfect. The German mathematician and astronomer, Johannes Kepler, was convinced that the goal of science itself was to discover the rational order which God had imposed on it.

Galileo Galilei stated that the laws of nature are written in the hand of God but in the language of mathematics. He was, as we know, hired by the Church to investigate the universe in order to gain more knowledge about God’s creation.

It was religion, not secular thought, that pushed for the view that nature is founded on a deep rationality that connects all the elements together and allows us to study these. Therefore, states Melanie Phillips, it is atheism that is innately hostile to reason.

The Judeo-Christian contributions: The fourth-century famous theologian and bishop, Augustine of Hippo or St Augustine, asserted that reason is indispensably linked to faith. The believer was, in his view, to purify his heart in order to receive the great light of reason.

Medieval thinkers simply wanted to find out more about the wonderful world of reason, as God created it to be. Phillips also refers to the medieval Jewish thinker Maimonides, who brilliantly wrote that conflicts between science and the Bible came about either from a lack of scientific knowledge or a lack of understanding of the Bible.

It seems that scholars have wished to change the memory of how religion impacted history and willfully omit certain historical facts, so that history may fit well into the politically correct, anti-religious ideologies of the present.

This has been happening for a long time in the West, and strongly impacted our culture. One almost gets the feeling that all Christianity ever did was harm the European society, oppress the people, quench the hope of freedom, abuse women, harass men and turn the common man into a Church slave as if Christian history only represents a long list of irrational arguments, superstitions, and atrocities against the innocent.

In truth, the Middle Ages was one of the most advanced periods in European history. There was exploding development all over the continent which lay the foundation for the Renaissance and the Age of Enlightenment with its focus on rationality, science and technological improvement.

In the 1600s, philosophers and rationalists continued building on the same Judeo-Christian ideals that the learned monks and scholars in European monasteries earlier had reflected on.

A religious set of ethics was grounded in the heart of European philosophy, that at the height of its golden age, fostered Capitalism mixed with the Protestant Ethic that brought growth and prosperity to the whole Western civilization. European culture has undeniably strong ethical roots in one specific religion: Christianity. To say otherwise is to deny history.

The Judeo-Christian contributions: Also check out these topics at CNN or FOX News. Other sources may be New York Times, USA Today, the Washington Post or from the British angle, BBC, The Guardian, The Telegraph or Financial Times.

Hanne Nabintu Herland is a historian of comparative religions, bestselling author and commentator. She is the founder of The Herland Report news and opinion website which provides independent analysis from Western intellectuals, ground breaking YouTube interviews and Podcasts, cutting through the mainstream media rhetoric. This is a great place to watch interviews with leading intellectuals, thought leaders from across the political spectrum. Herland’s books include Respect, Det Nye Babylon, The Culture War.

In the 2020 book, New Left Tyranny. The Authoritarian Destruction of Our Way of Life, she shows how the neo-Marxist New Left turned their back on historical Western principles and became a destructive authoritarian force. Her latest book Trump. The Battle for America is also available on Amazon and in over 60 countries world-wide. It states that Donald Trump may be the most demonized president in US history. www.theherlandreport.com 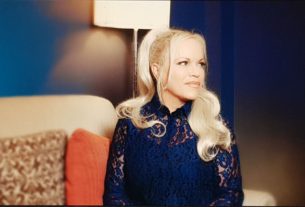 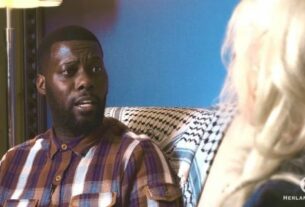 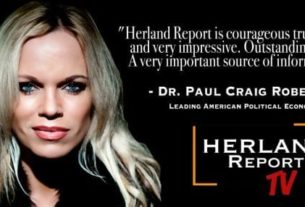