Herland Report: The Frankfurt School: The dramatic cultural shift away from historical, Western values has not happened randomly.

Just as novelist and philosopher Ayn Rand commented in a University of Michigan interview, philosophers determine history. They lay out the ideologies that form the basis for cultural development and outline values that are to be considered popular in society.

Precisely this has happened.

It was in the aftermath of World War II that self-proclaimed Marxist intellectuals, such as Theodore W. Adorno and Herbert Marcuse became the intellectual founding fathers of the radical movement – labelled neo-Marxism – that fueled the student rebellions in the 1960s.

Their ideas became the New Left in America. This was the early days of free sex, drugs, abortion and a total revolt against traditional religion.

They were the philosophers who formed a new way of viewing the world. They spoke openly about their Marxist views and formed the ideology that was to become the “politically correct” narrative in the West.

The problem is that if the ideological hypothesis – assumptions – and argumentation are faulty and based on models that do not reflect realism but wishful thinking, the implemented world view will end up creating an ongoing misbalance in society with cultural decline as the result.

Today we are engulfed in the consequences of this failed Marxist ideology in the West, which broke all the rules and left our culture without founding pilars.

The Frankfurt School: How Neo-Marxism Came to Dominate Western Thinking: In the West, we have largely completed the objective in The Communist Manifesto of 1848, namely, to “melt the solid into air.” In the aftermath of the French Revolution, its authors, Karl Marx and Friedrich Engels, saw it as their mission to help shake loose what they felt was cemented in an outdated traditional class society.

The Marxists had a desire for a better society more based on equality, where the privileges of nobility did not prevent the advancement of commoners.

They analyzed what Capitalism had done to cultural belonging, yet ended up prescribing a radical remedy: revolution. The idea spiraled into tearing down traditional values and the pre-modern family structure, loyalty-based duties, and rights in this “old regime,” as Alexis de Tocqueville so eloquently describes it in Democracy in America.

The movement has been immensely successful in destroying the traditional values and social fabric of Western societies.

The Frankfurt School: How Neo-Marxism Came to Dominate Western Thinking: Marxism found its revitalized shape after World War II in the Frankfurt School in Germany, an intellectual group connected to the Institut für Sozialforschung i Frankfurt am Main before the war.

They were interested in analyzing language as a tool of suppression, as seen in destructive propaganda structures, as well as institutionalized language used by an oppressive bureaucracy. As the war broke out, many of them moved to the US.

Martin Jay describes the period well in The Dialectical Imagination. A History of the Frankfurt School and the Institute of Social Research 1923–1950. Frustration had for some time dominated the leftist thinkers in Germany, distraught as they were when the Bolshevik revolution implemented Marxism in Russia during World War I quicker than what they were able to do in the West. How could the Soviets grab this vital ideology and make it their own at such a quick pace?

They were left with two choices: either support the Moscow Communism or the more moderate Socialism of the Weimar Republic in Germany.

A third choice gradually emerged. German thinkers began re-examining Marxist theory and modernizing it. This became the Frankfurt School which later succeeded in reshaping the social structures in the West. Its disciples acknowledged the need for political change after World War II as National Socialism had utterly failed.

The possibility of the elite abusing its power rightfully worried the post-war Frankfurt School intellectuals, given that the bureaucratic institutionalized society that marked modern democracy had made Nazism function so well in the German state.

It was precisely the excellent organization within the institutions and the state-controlled bureaucracy that made Nazi Germany so efficient. The hope was to avoid such a development in Europe in the future.

Yet, the intellectuals of the Frankfurt School remained Marxist, looking for ways to moderate the Marxist pre-war ideology in order to make it more applicable. What many do not reflect on, is that the leading intellectuals in Europe did not change their ideology after the World War II.

The idea was that if the critical theory were applied, misuse of power would be avoided. The original agenda was to establish a just society where minorities were no longer oppressed. They felt that the facilitation of a critical public transparency would make it possible to force a dialogue with elites and governmental powers to avoid misuse of power. In this manner, the ruling system’s underlying intentions could be exposed.

Post-war intellectuals, such as Adorno and Marcuse, became the intellectual founding fathers of the student rebellions of 1968, the New Left in America and its permissive attitudes towards drugs, abortion and hedonism in its strong atheist push against traditional ethics.

This became the early days of free sex, abortion and the revolt against traditional religion. Children were no longer regarded, to the same extent as before, as pure blessings from God, but rather as “obstacles to individual success.”

The Frankfurt School:  Adornos “point de depart” asserted that the process of modernity had failed to free people from the bondage of the past and instead further enslaved them. Adorno exemplifies some of the depressive mood after the war on behalf of modernity. The influence of the initially positive neo-Marxist thinking began permeating the American university structures.

Critical theory sought to expose “the offender,” so to speak, and fight for those who were victimized by the bourgeoisie. They were correct in stating that the traditional bourgeois elite structures in Europe needed reforming and more power given to the people. The deep-felt need for critical thinking and intellectuals who posed questions to those in power, was as important then as it is now.

They set out to reform that which was not working, but the movement ended up, fundamentally changing the historical Western value systems.

Hanne Nabintu Herland is a historian of religions and bestselling author. She is the founder of The Herland Report Scandinavian news site, TV channel on YouTube and Podcasts which have millions of readers/viewers yearly. This is a great place to watch interviews with leading intellectuals, thought leaders from across the political spectrum. Herland’s books include Alarm, Respect, Det Nye Babylon (2018), Tyranni (2020) and in English – The Culture War. How the West lost its Greatness (2017),  Trump. The Battle for America (2020) as well as  New Left Tyranny. The Authoritarian Destruction of Our Way of Life (2020), available on Amazon, Barnes and Noble, across the USA and in 60 countries world-wide. New Left Tyranny shows how the neo-Marxist New Left turned their back on historical Western principles and became a destructive authoritarian force. www.theherlandreport.com

The post The Frankfurt School: How Neo-Marxism Came to Dominate Western Thinking appeared first on The Herland Report. 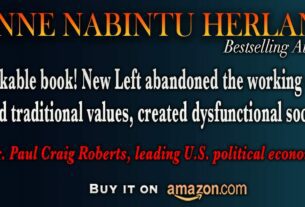 USA: All the Civil Liberty Protection against Tyrannical Central Government is removed 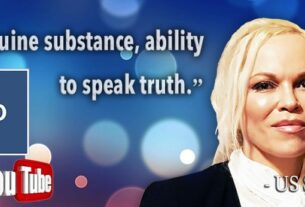 We now live under Totalitarian Democracy – ‘requirement to agree with the state or else..’? WND 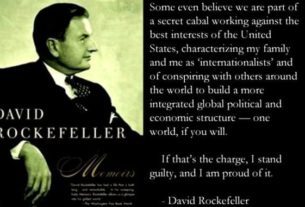 A Complete Overhaul of the U.S. Financial System underway?