Francis Boyle is a repeat guest; I’ve interviewed him twice in 2020 about the likelihood of SARS-CoV-2 having been engineered in a lab. Boyle’s background includes an undergraduate degree from the University of Chicago, a juris doctor (lawyer) degree from Harvard and a Ph.D. in political science. He’s a professor of international law at the University of Illinois College of Law, and wrote the book, “Biowarfare and Terrorism.” • The Biological Weapons Anti-Terrorism Act of 1989 imposes fines and prison sentences on anyone who “knowingly develops, produces, stockpiles, transfers, acquires, retains or possesses any biological agent, toxin or delivery system for use as a weapon”
• The problem we face today is that our federal government has been captured by forces that seek to destroy the U.S. from within. As such, we cannot trust the federal judiciary to prosecute and hold those responsible for the pandemic and the toxic COVID shots accountable
• To circumvent the corrupted federal judiciary, we need to focus on locally elected prosecutors instead. Depending on the state, they may go by titles such as district attorney, state attorney, prosecuting attorney or county attorney
• Organize locally to find people willing, as a group, to call on your local, elected district attorney to convene a grand jury and indict the individuals suspected of being involved in the creation of SARS-CoV-2, and those responsible for the COVID shots
• The charge that applies is “murder and conspiracy to commit murder.” For starters, 15 researchers listed on a key paper can be indicted, plus those who funded the research. Those to be indicted in relation to the COVID shots include the chief executive officers, chief operating officers and chief scientific officers of Pfizer, BioNTech, Moderna and Johnson & Johnson Les artikkelen direkte fra kilden 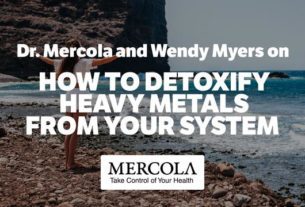 How to Detoxify Heavy Metals From Your System