Hanne Nabintu Herland: Faith is Scientifically Proven positive effect on Mental Health: We live in a mainstream culture that almost completely denies the spiritual realm and its influence on human beings.

You hardly hear anything positive about religious beliefs or traditional values, for that matter. CNN and the mainstream outlets chronically only address issues that fit the atheist narrative.

Yet, science proves that faith has a strong positive impact on, for example, mental health. Time magazine has referred to broad international studies that confirm that spirituality can be surprisingly beneficial to your health, writes historian Hanne Nabintu Herland in the regular column in WND, one of the leading conservative US media outlets.

Since year 2000, over 6,000 studies have been published that concern the constructive influence of religion on illness. The study on the influence of prayer on the psyche is especially persuasive.

Faith is Scientifically Proven positive effect on Mental Health: In How God Changes Your Brain, psychiatrist Andrew Newberg explains how the parietal lobe, a structural area of the brain, is highly activated during prayer or meditation.

Activity in this part of the brain has several positive effects on people, among other things increased memory.

Fasting, as practiced by Muslims during Ramadan, and also by Jews, and by Christians before Christmas and Easter, has specific health benefits that can strengthen the brain’s ability to think clearly.

It is peculiar that the relationship between religiosity and mental health doesn’t receive more interest.

A person with psychological problems should not be seen just as a patient, but as an individual who has a body, soul, and spirit – with physical and metaphysical dimensions.

A holistic approach should be applied, looking into why we get sick in the first place. Alternative medicine could be used, homeopathic methods, acupuncture – disciplines that view the body as part of a larger system and seek to heal in accordance with the early methods of Hippocrates and others.

Body and mind seem to be vastly more interlinked than many may assume. Research on cancer also shows how vulnerable someone might become if psychological problems become too many and the person must carry the load alone.

Sarah Lazar, a neuroscientist at Massachusetts General Hospital and Harvard Medical School, has studied the benefits of spiritual prayer and tested it in brain scans.

One of the benefits of the MRI, which is able to take photographs of brain activity, is that it allows the scientist to look at the brain in a way that one could not do before, monitoring the changes in the brain if the person changes lifestyle.

In the 1970–90s, most MRI scanning was done to animals, not humans, as the scanning technology was developing.

Today neurobiological studies, which study how the brain works, look at humans, determining not only the effects of prayer and meditation but music, love and its effect on the physical brain, areas of study that were not possible to do before.

MRI scans which study how meditation and prayer affect the brain are new fields – traditional Western medicine has long denied the assumed beneficial links that now may be documented by MRI scans and ground-breaking neurobiological work.

Little has so far been known about neural mechanisms associated with therapeutic interventions that incorporate meditation and prayer.

Scientists have, for quite some time, studied the immune system or the endocrine system and the biochemical fluids that flow through the body.

It has long been known that the brain controls movement. What is new with cutting edge research, like that of Sarah Lazar at the Harvard Medical School, is that one now realizes that there is a lot of two-way connections, that what goes on in the body also reflects in the brain and vice versa – and that the brain can also influence the body, even on the cellular level.

Faith is Scientifically Proven positive effect on Mental Health: In other words, what you think and how you live has direct influences on your physical body and the cellular level within it.

According to the Washington Post, Lazar found that meditation and spiritual thinking literally changes your brain, documenting how parts of the brain that are connected to memory and the ability to memorize, maintain emotional regulation and stability enlarges in individuals who are spiritually aware and meditate regularly.

The Lazar study, showed differences in brain volume after only eight weeks of meditating, documenting how meditation and prayer lead to increases in regional brain gray matter density, many experiencing a reduction of stress levels, anxiety, and depression.

The prefrontal cortex shrinks as we get older, but in people who meditate and learn how to quiet the mind by praying, fifty-year-olds have the same ability to memorize and remember as regular twenty-five-year-olds, the mentioned Harvard Medical School study found.

Also check out these topics at CNN or FOX News. Other sources may be New York Times, USA Today, the Washington Post or from the British angle, BBC, The Guardian, The Telegraph or Financial Times.

The Herland Report Scandinavian news site, TV channel on YouTube and Podcasts have millions of readers/viewers yearly. It is a great place to watch interviews and read the articles of leading intellectuals, thought leaders, authors and activists from across the political spectrum. The Herland Report believes in freedom of speech and its editorial policy resides above the traditional Left vs Right paradigm which we believe has lost its relevance and ability to describe the current driving forces in Western politics.

Thanks so much for reading! More people, like you, are supporting and reading our investigative work, than ever before. All articles are free, no pay walls. The best way to make sure you see what we publish is to subscribe to the mailing list, which will get you a weekly email notification and alerts about our TV shows – FOR FREE! Our articles and TV shows are entirely fan-supported, so please consider sharing it around!

Who’s the Real Anthony Fauci? A terrifying portrait of a Killer, by Robert F. Kennedy 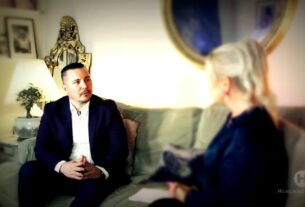 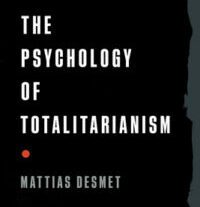 The Psychology of Totalitarianism and Mass Formation – a dangerous, collective type of hypnosis