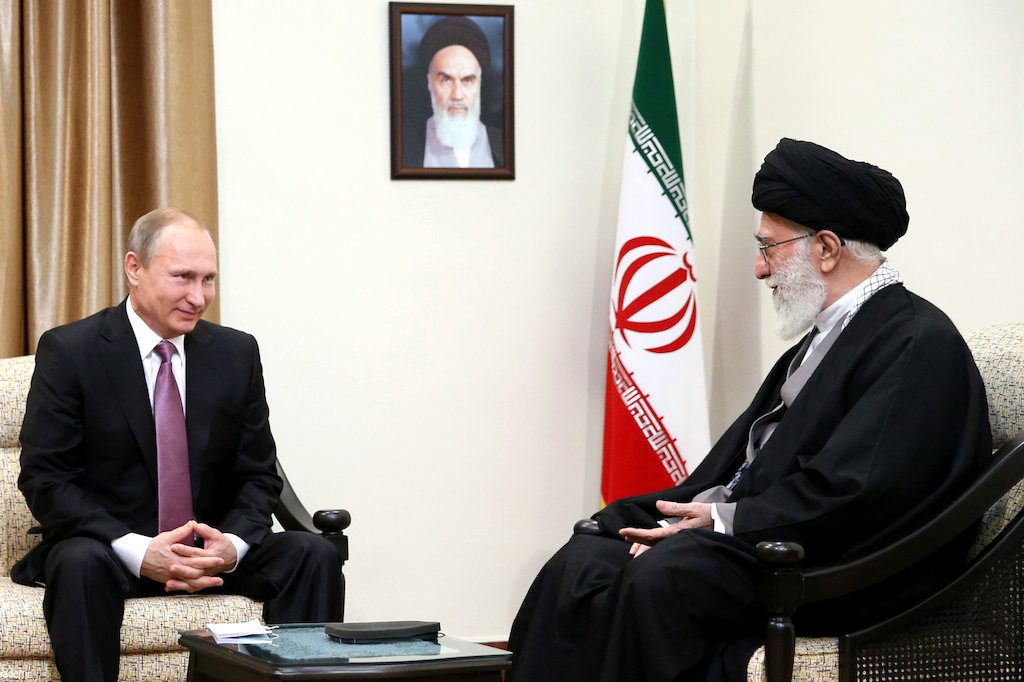 While the European Union has leveled different kinds of sanctions on Russia, including restricting access to the EU’s capital and financial markets, the EU nevertheless continues to appease Moscow’s staunch ally, the world’s largest sponsor of state terrorism, Iran.

Iran’s Supreme Leader Ayatollah Ali Khamenei is opportunistically using the humanitarian tragedy in Ukraine to spread the narrative that the war is not Russia’s fault, but rather that the West and the «mafia regime» of the US, which is trying to negotiate a new nuclear deal with the mullahs, are to be blamed. Meanwhile, he is trying to advance his country’s revolutionary principles and hegemonic ambitions and promoting his long-held anti-American and anti-Western policy.

Iranian politicians are also pointing the finger at NATO concerning the Ukraine crisis. Iranian President Ebrahim Raisi, who was part of the «Death Committee» in the 1988 massacre, telephoned Russian President Vladimir Putin expressing his support and stating, according to Iran’s state-controlled Mehr News Agency: «The continued expansion of NATO is a serious threat against the stability and security of independent countries in various regions of the world.»

Many Iranians, meanwhile, in defiance of Iran’s regime, gathered outside the Ukrainian embassy in Tehran to express their support for the Ukrainian people, criticize the Iranian government for supporting Russia, and chanted «Death to Putin».

As police began cracking down on the protesters, the Biden administration and the EU remained silent.

The protestors, however, mobilized on social media outlets and disseminated chants such as «the Russian embassy is a den of spies», «Putin murders, the stupid ones support him», «Long live Ukraine» and «Long live peace.»

No matter how much blood is shed in Ukraine, it is extremely unlikely that the Iranian regime will abandon its favorable policy towards Russia. As the current tensions continue between Russia and the West, based on Russia’s invasion of Ukraine, Moscow also finds no better geopolitical ally than the Iranian regime. The Ukraine crisis brings Russia and Iran’s theocratic establishment closer together, as both of them confront the West.

Both Putin and Iran’s leaders seem to be attempting to restore their empires and their wounded prestige and pride, both regionally and internationally. Iran and Russia have been attempting to reinforce how the international community views them, for example, presenting themselves as influential state actors in Syria, by significantly ratcheting up the political and economic capital they spend to secure Syrian President Bashar al-Assad’s hold on power. Assad, a physician who in 2011 had promised to push for more political reforms, has, a decade later and with Russia’s help, piled up a record of massive abuses and war crimes that include gassing innocent civilians with chemical weapons, bombing schools and hospitals, and causing thousands to disappear.

Why are the Biden administration and the EU appeasing the Iranian regime, which has for four decades attacked Americans and carried out terrorist activities and assassinations?

Iran’s proxy, Hezbollah, has been accused of terrorist attacks, such as the 1983 bombing of the U.S. Marines barracks in Beirut, in which 241 U.S. Marines were killed; the 1983 U.S. Embassy bombing in Beirut; the 2000 attack on the USS Colein which 17 sailors were killed; the 1984 United States Embassy annex bombing in Beirut; as well as the 9/11 attacks in the United States, for which federal courts ordered Iran to pay the families of the victims $7.5 billion. Hezbollah and Iran were also reportedly behind the 1992 attack on Israel’s Embassy in Buenos Aires, in which 29 people were killed.

«The government of the Islamic Republic of Iran («Iran») has a long history of providing material aid and support to terrorist organizations including al Qaeda, which have claimed responsibility for the August 7, 1998 embassy bombings.»

It was also the Iranian government that provided aid to Al Qaeda to carry out terrorist attacks against the US in general. The court added:

«Iran had been the preeminent state sponsor of terrorism against the United States and its interests for decades. Throughout the 1990s — at least — Iran regarded al Qaeda as a useful tool to destabilize U.S. interests. As discussed in detail below, the government of Iran aided, abetted and conspired with Hezbollah, Osama Bin Laden, and al Qaeda to launch large-scale bombing attacks against the United States by utilizing the sophisticated delivery mechanism of powerful suicide truck bombs.»

Iran has also been funding and supporting at least three proxy terrorist groups: Hamas, which controls the Gaza Strip; Hezbollah, which has effectively taken over Lebanon, and the Houthis in Yemen, who, under Iranian supervision, seem to be trying to help Iran displace Saudi Arabia’s monarchy. According to the Wilson Center in Washington, DC:

«Iran’s Revolutionary Guards and the elite Qods Force provided arms, training and financial support to militias and political movements in at least six countries: Bahrain, Iraq, Lebanon, the Palestinian Territories, Syria and Yemen…. In 2020, the State Department estimated that Iran gave Hezbollah $700 million a year. In the past, Tehran had historically given $100 million annually to Palestinian groups, including Hamas and Palestinian Islamic Jihad. «

The Biden administration and the other members of the JCPOA nuclear deal negotiated in 2015 (China, France, Russia, the UK and Germany) — with the European Union — instead of holding Iran to account, are evidently determined to reward it. It is not quite clear for what. For years of unspeakable behavior, both to its own citizens and internationally? The new deal, which has been has been called the «worst deal ever,» would reportedly provide the mullahs with the ability to enrich uranium, the ability soon to have an unlimited number of nuclear weapons, the missile systems to deliver them, removal of from the US list of Foreign Terrorist Organizations, international legitimacy and billions in cash. If anyone thinks that this arrangement will stop, or even slow down, Iran’s malign activates at home or abroad, they are living in a world of make-believe. Iran never even signed the 2015 deal, let alone honored it.

Meanwhile, as the US has been negotiating this new agreement, US intelligence services have just identified «at least two Iranians» as trying to assassinate former officials of the Trump administration. The Biden administration is said to have been trying to cover up the plot lest it derail the negotiations to shower Iran with «rewards».

The Iranian regime, an officially designated state sponsor of terrorism, has carried out terrorist activities around the world for almost four decades. Why are the Biden administration and the EU not implementing the same sanctions and policies towards Iran’s regime as they are towards Russia?

Dr. Majid Rafizadeh is a business strategist and advisor, Harvard-educated scholar, political scientist, board member of Harvard International Review, and president of the International American Council on the Middle East. He has authored several books on Islam and US foreign policy. He can be reached at Dr.Rafizadeh@Post.Harvard.Edu 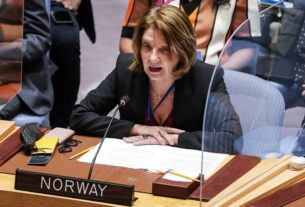