Herland Report: Edward Gibbon analysis: The Singaporean diplomat and author, Kishore Mahbubani, has said that the greatest failing in modern Western thought is the lack of a basic common moral understanding.

This great cultural divide will sap and divide the West in the years ahead.

Mahbubani argues that as a result of the Western ethical decline, the West has developed structural faults in its moral foundations.

In Clash of Civilizations: The Debate, he asserts that Western countries fail to recognize that democratic values, like individualism, also carry destructive tendencies. The fall of the West comes from within, from the culture’s own moral decline.

Mahbubani points to a dwindling work ethic, lack of care for elderly, and expectations for free handouts.

Edward Gibbon analysis: What we observe today has happened before. The English historian Edward Gibbon’s The History of the Decline and Fall of the Roman Empire highlights these historical phenomena.

When a civilization is at its zenith, with power and influence over many other cultures, it often develops the notion that it represents the noblest and most advanced civilization thus far known in history.

In these moments of self-exaltation, a blind sense of invincibility prevails.

No matter if the civilization abandons its original values – the precise values that led to its greatness – no matter how it deals with its minority groups, how much injustice goes unattended, no matter how many wars it initiates in foreign territories, somehow its elites still believe that its civilization will always remain superior.

For instance, the Romans had a firm belief that they were superior human beings, composed of a greater rationality and intelligence compared to others.

Romans, therefore, felt that their civilization was the best ever seen; they did other people “a favor” by imposing Roman culture on them.

One civilization was to rule them all, one culture to take world dominion. This arrogance was particularly dominant in the later phase of the history of the Western Roman Empire, angering other ethnic groups and eventually leading to the bitter resentment from Germanic and other groups, which resulted in the sacking and final fall of Rome in AD 410.

Centuries before, the Roman orator and politician, Marcus Cicero had already warned against this behavior.

“The arrogance of political leaders should be tempered and controlled,” he wrote, later stating; “the higher we are placed, the humbler we should walk.”

There was an ongoing optimism after the war that all the economic and social problems of the Western world would be solved, since “Great Britain always is the greatest.”

The belief was that economic growth was limitless, with no end to the rise of living standards. Complacent self-satisfaction and cultural indifference gradually permeated British society, with the result that industrial growth and expansion received little or no attention.

The British increasingly emphasized strong labor organizations and the development of a welfare society with extensive rights to social aid and welfare. Protectionist policies excluded other countries from the British market, in spite of their better-priced and higher quality products. The British borrowed money and incurred debt.

Great Britain blithely ignored increasingly competitive economies in other countries. Self-confident winners of the war, they still lost the leading role as a Western world power.

Germany, in contrast, lost the war and humbly endeavored to meet the challenges of the future. They formed a society based on hard work, the re-establishment of German institutions, and limited debt. Post-war modesty, self-discipline, and hard work have worked well for them. Today Germany is again the strongest state in Europe, with the strongest economy of them all.

Satyajit Das now states that we are entering a new era of protracted stagnation. In In The Age of Stagnation, he questions the ability of the current Western political leaders to impose the structural changes needed.

He maintains that the idea of growth being perpetual is not sustainable, pointing at the dangers of excessive debt and the current fundamental imbalances in the economic system. Das views with concern the way Western governments “solved” the 2007 crisis, by “not solving it at all,” just postponing the full weight of the consequences, by fuelling “easy money” into the system.

He fears that the lack of rationally structured solutions will end up causing effects that will affect the lifestyles and prosperity of citizens today and also future generations.

Alternatively, as Niall Ferguson puts it, the present system is completely fraudulent. Huge liabilities are simply hidden from view, with hardly any accountability regarding accurate official balance sheets. No legitimate business can continue this way.

If the course is not altered, it will end in a big, black crunch of hopelessness and utter despair, yet this outcome predicted and foreseen by so many.

Hanne Nabintu Herland is a historian of religions and bestselling author. She is the founder of The Herland Report Scandinavian news site, TV channel on YouTube and Podcasts which have millions of readers/viewers. This is a great place to watch interviews with leading intellectuals, thought leaders from across the political spectrum. Herland’s books include Alarm, Respect, Det Nye Babylon (2018), Tyranni (2020) and in English – The Culture War. How the West lost its Greatness (2017),  Trump. The Battle for America (2020) as well as  New Left Tyranny. The Authoritarian Destruction of Our Way of Life (2020), available on Amazon, Barnes and Noble, across the USA and in 60 countries world-wide. New Left Tyranny shows how the neo-Marxist New Left turned their back on historical Western principles and became a destructive authoritarian force. www.theherlandreport.com

The post Edward Gibbon analysis on how Civilizations Fall – Ancient Rome and the modern West appeared first on The Herland Report. 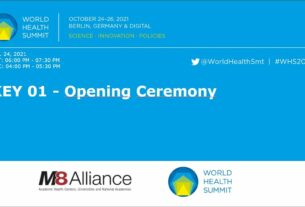 Friedrich Hayek and the West return to Feudalism – Nabintu, WND 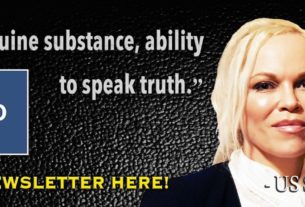